Thanksgiving was spent with my mom, my aunt & my uncle down at my aunt's & uncle's house. Mom picked me up Thanksgiving morning and we drove down. We got there after lunch. Mom and I hit a few stores before heading for the grocery store, just to learn that they closed before lunch. My aunt had not been able to go before we arrived, either. Guess what we had for Thanksgiving supper? Tuna salad sandwiches!

We laughed about it. After all, we had shelter, something to eat, and each other. It wasn't as bad as some people had it and we considered ourselves lucky.

We had a nice visit and I took an extra day to spend with them. I did learn. My mom really loves to shop. We went shopping every single day; Thursday, Black Friday, Saturday, Sunday & one place on Monday. We went out 'late' on Black Friday; not until about 7:30 am. We missed the crowds except in 1 store. It was nice.

I spent the weekend before Christmas with my Dad, brother, etc. It SNOWED! I don't remember the last time it snowed in December. Everything was fine, just cloudy, until I was only a county away. It went from 'hey is that snow?' to 'OMG it's snow!' just that fast. My vision went down to only about 6 car lengths. I was not happy. I was frankly mad at my dad for not warning me. Then I got to the county line for my Dad's and the snow almost disappeared. There was some snow there but not that bad.
Dad's yard: 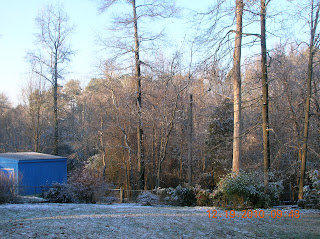 I drove down to my aunt's and uncle's for Christmas weekend. It snowed again! Luckily, I had Monday off or I would have taken a weather day. I drove home on Monday instead of Sunday, as I'd planned. Here's the progress of the snow. 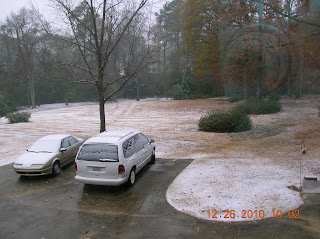 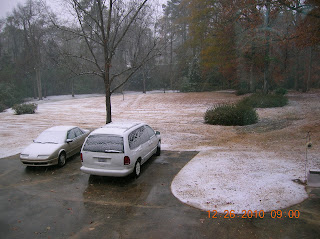 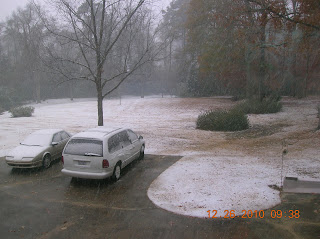 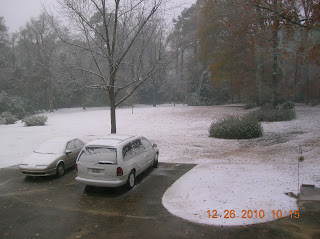 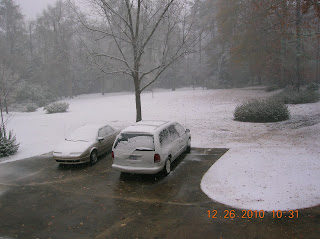 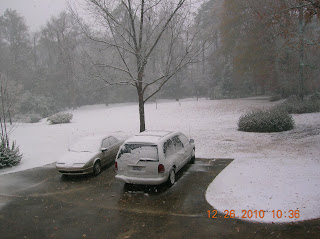 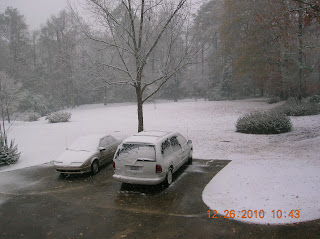 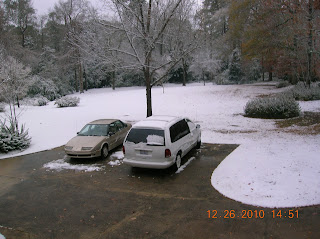 I cleaned off my car about mid-afternoon.


The week between was very slow. New Year's was so exciting (/end dry tone). I went to a friend's house and we watched movies until after midnight. The next day C and I went to my High School friend's house. After we spent time dealing with a broken dryer. We ended up leaving home about the time we meant to arrive. *sigh* We got to there, finally.

We opened presents; and Namesake loved her lace tiara and scepter. J gave me a bromeliad in a re-used lightbulb. A & L loved their Gingher shears and scissors. All around, popular presents. 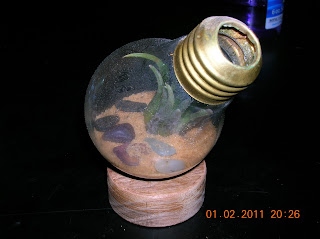 We had a great time and drove back Monday.

I made a few bracelets.