And Impossible Astronaut day. Why do I have these hash marks on my hands?

It's the day after Earth Day. And today I remembered my sunblock.

The strap on my purse broke. The thread holding the strap to the purse just gave way. I have some sewing to do tonight, don't I?

I have almost finished the baby booties. I am about halfway through the last row. I'm almost done with another minor Norwegian dragon, too. The first wing is done, I just need to do the 2nd one. I have a teapot to tat and some other odds and ends, for the Palmetto Tat Days charity quilt. I need to email Georgia Seitz and let her know I'm going to be late. 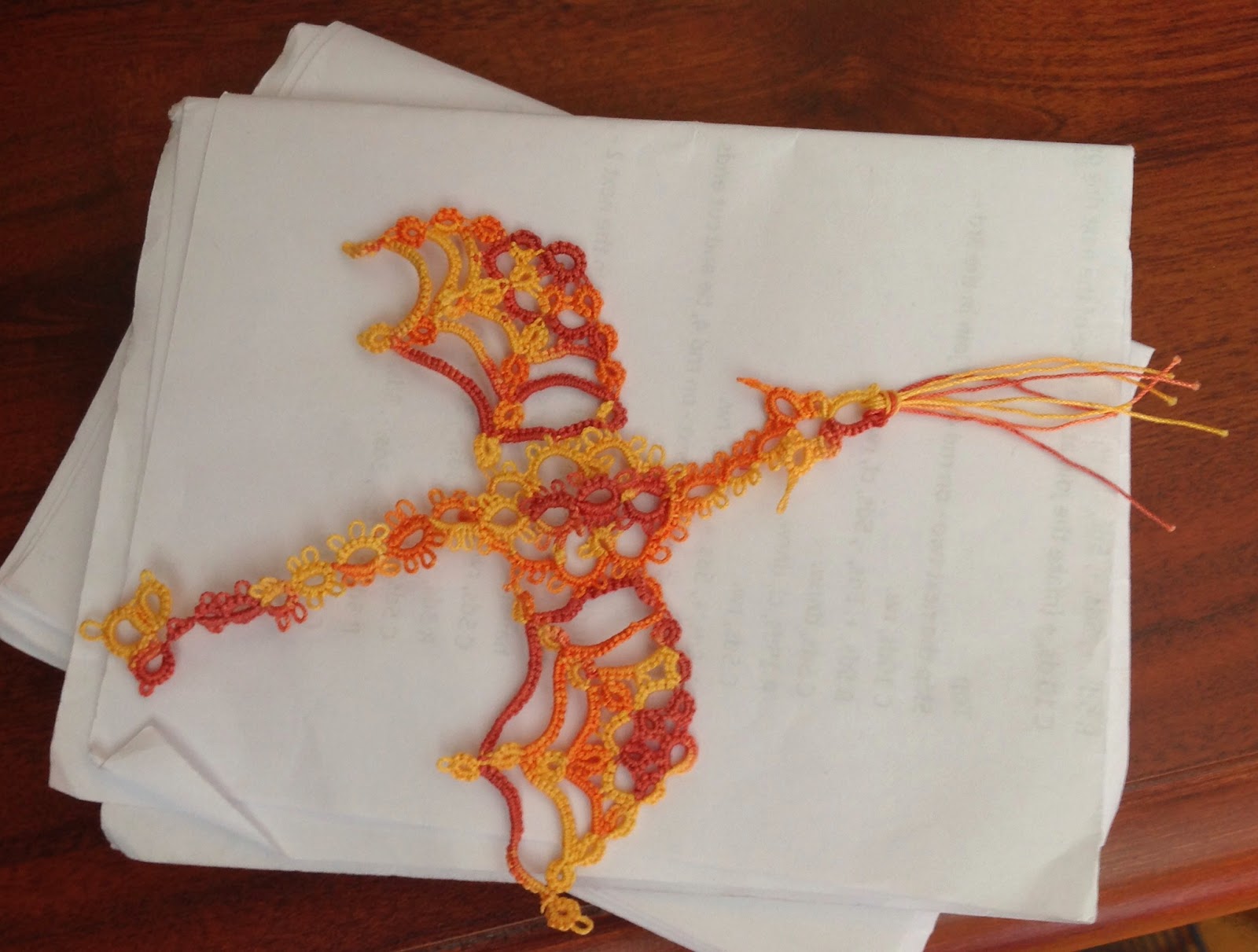 The Pathfinder Dragon's Demand game is going well. We have one or two sessions left. In late May or June, I'll be staring to run Skull andShackles. I've started prep. I've done things like sent an email to prospective players, telling them what to expect and what things are and are not explicitly permitted. I've also started an Obsidian Portal wiki/campaign doc.

Mace West, Atomic-Con, and Gnome-con all went well. I ended up running Race for the Rune Carved Key (for level 3-4) at Atomic-con with 2 days notice. According to the players, I did a good job.

This guy makes one suit a year, and it takes him 3 months to a year to make one

We spent some time sight-seeing in Savannah during Gnome-con. And I discovered that Badger Balm's shake & spray anti-bug does work. And quite well. We had one meal in the Pirate's Tavern and sat at the exact same table as last time. This time I sat with my back to the blocked door. And Chris thinks he can make Artillery Punch, in less than the 10 gallons mandated in the recipe. 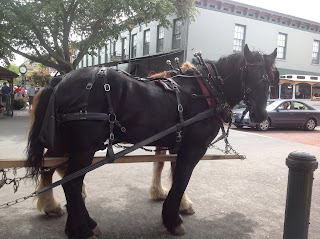 My laptop was stolen about a month ago. They broke my car window while it was at a park and ride and took my messenger bag. The bag had my laptop, power cord, iPad cord, journal, and a USB lamp. Plus a bag of dice and my steel skwire forms. My iPad needed an OS update but I didn't have the memory on the iPad to do it. I booted up my old laptop, the one I haven't opened in 3 years.

After a week of updates, updates, and updates, I managed to finally get to the point I could update my Ipad's OS to 7-something. Yay!

Posted by Sewicked at 7:04 AM No comments: