Not that it is set up yet, but I have it. My Dad and brother sent me birthday money to help me pay for it. C, R, and I went shopping on Monday. We each needed a new laptop so we went shopping together, taking advantage of the sales.
Posted by Sewicked at 3:09 PM No comments:

Email ThisBlogThis!Share to TwitterShare to FacebookShare to Pinterest
Labels: laptop

I was sick Thursday (details are TMI) so I didn't go to work. And it poured. And poured. And about the time I would have been disembarking the bus, we had a tornado warning. It apparently hit about three miles away. So...yay for being sick? 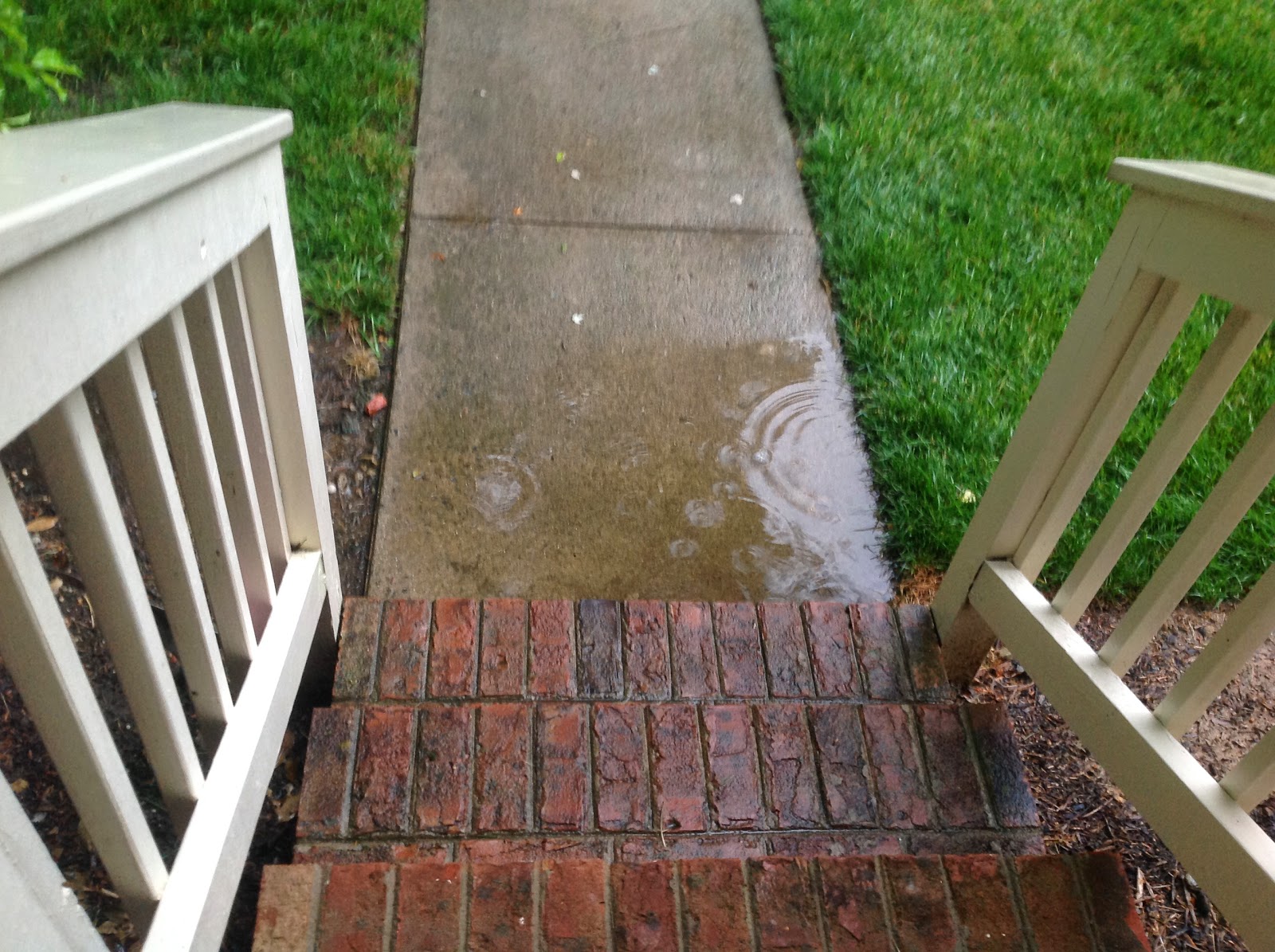 I've had one free weekend since my last post. May and June are shaping up to be the same way. I went to Maryland Sheep and Wool and had loads of fun. I met up with some other tatters. 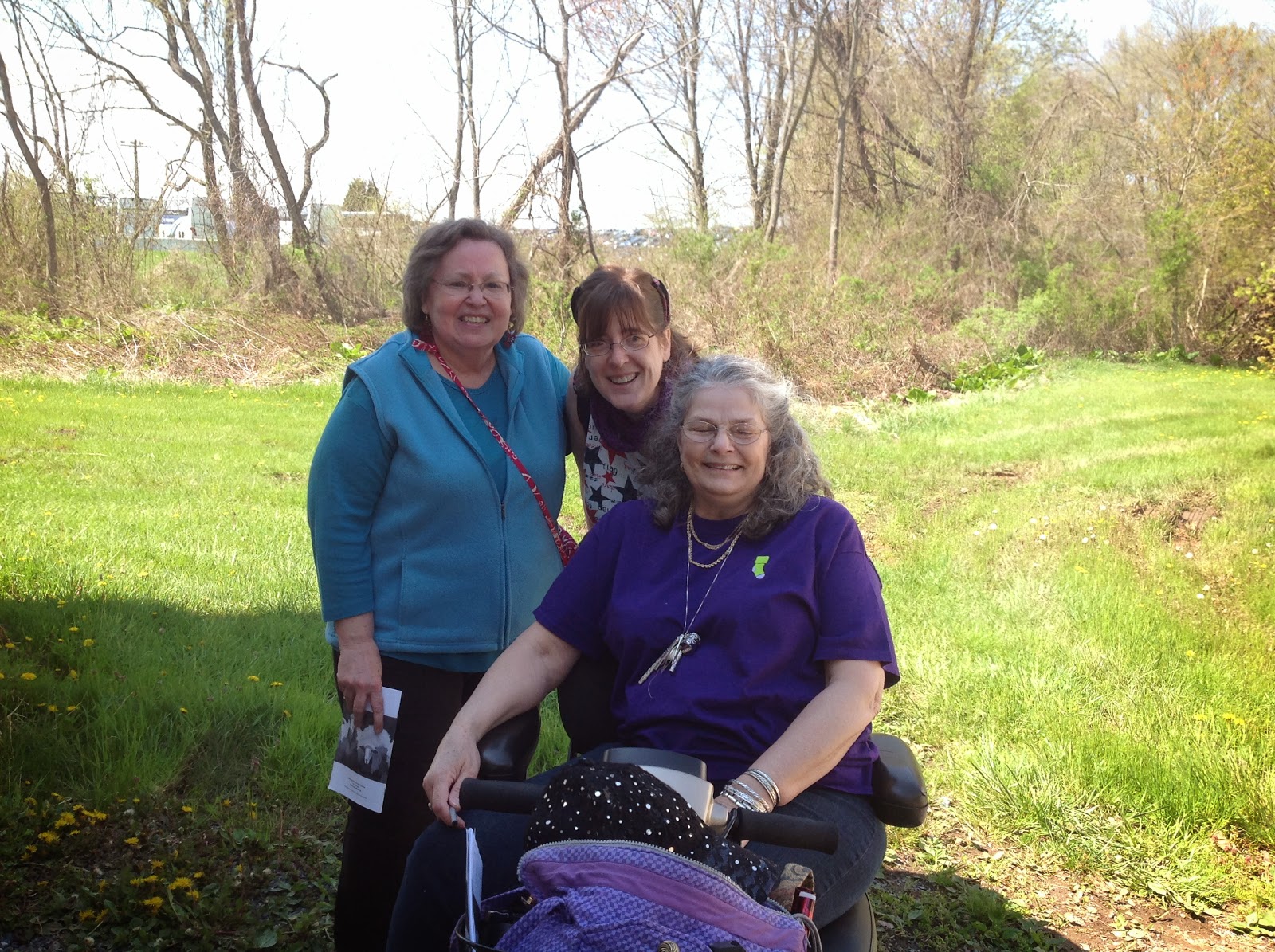 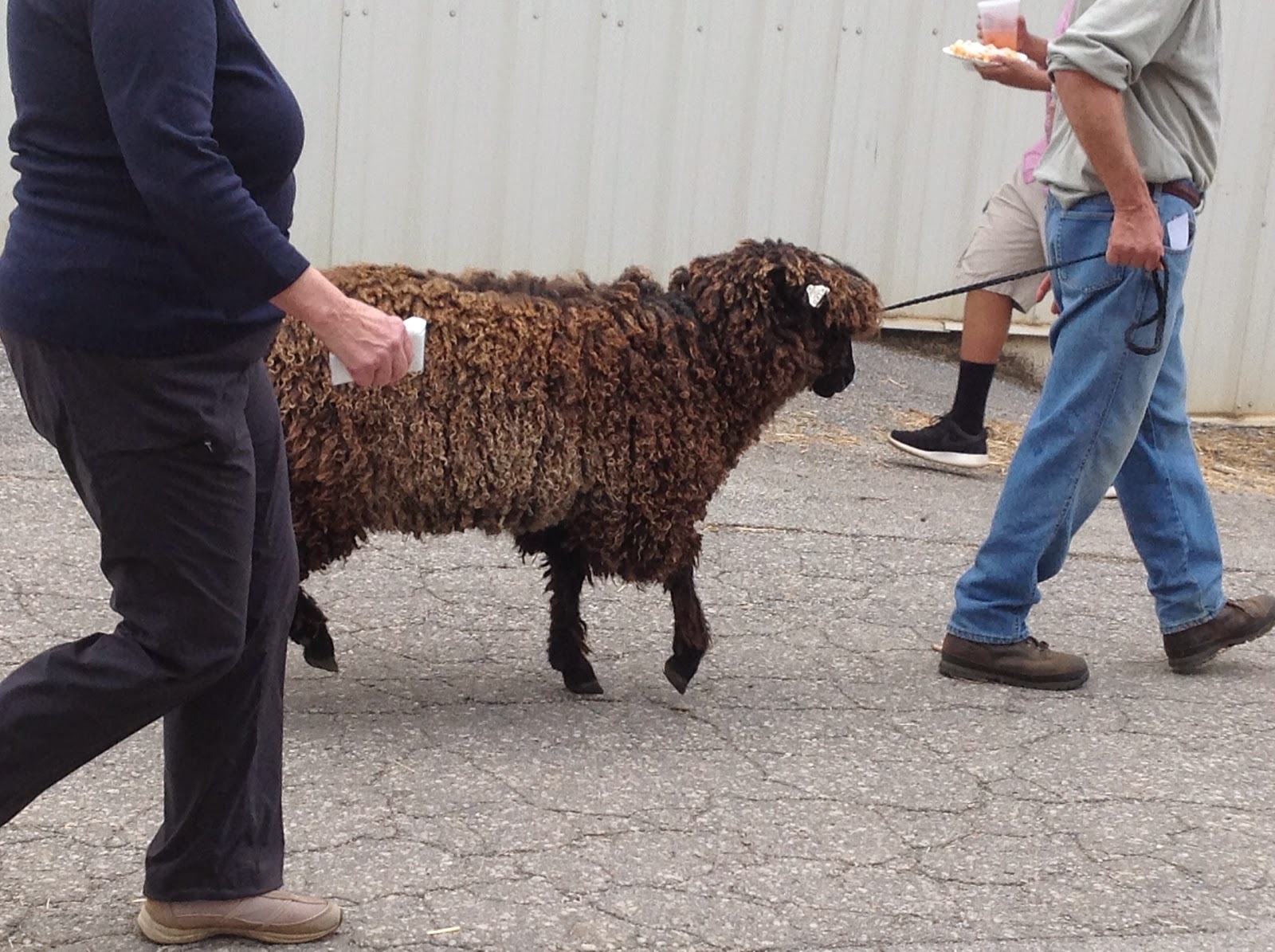 Sights at the festival 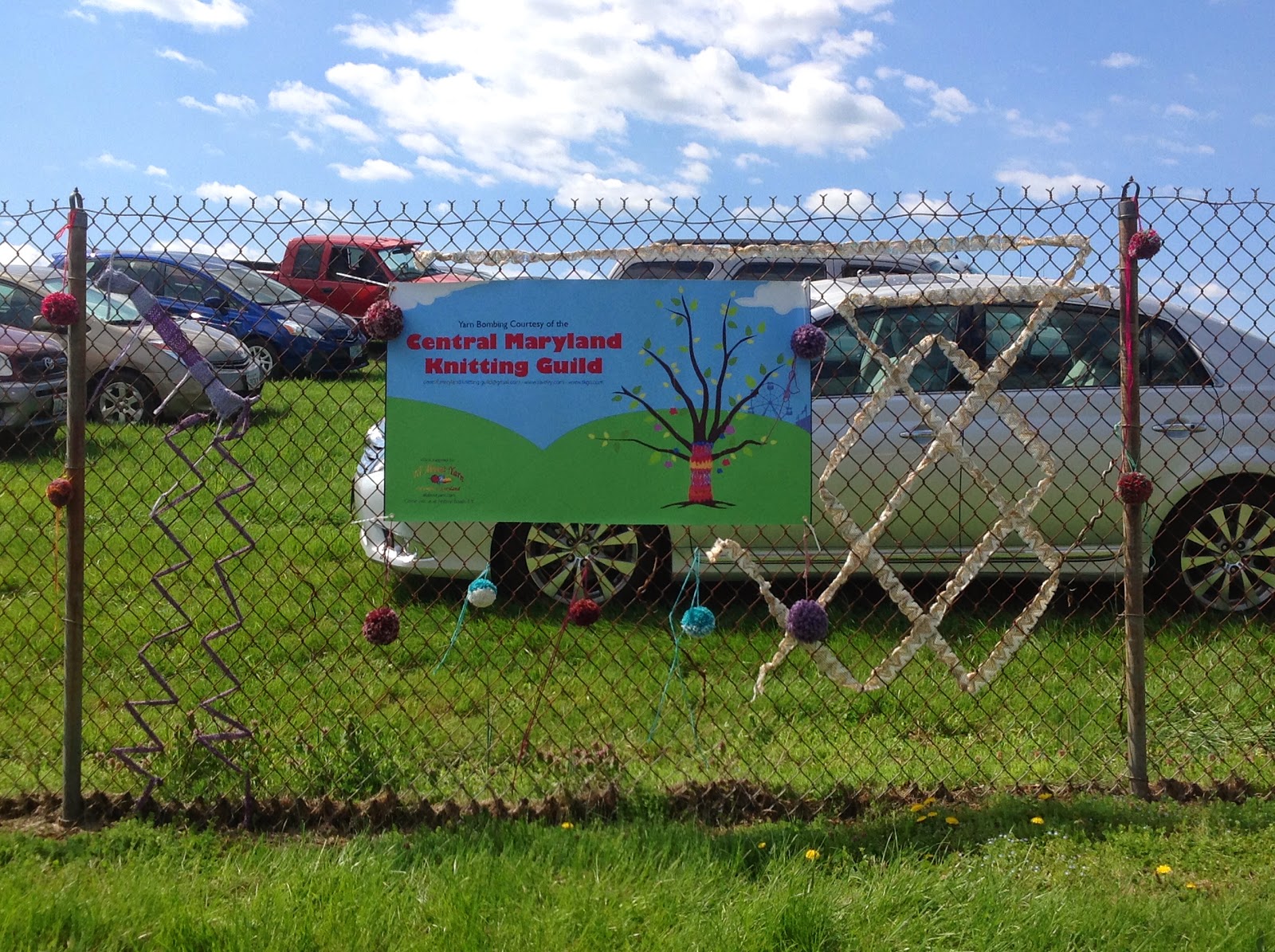 Yarn bombs, the back entrance 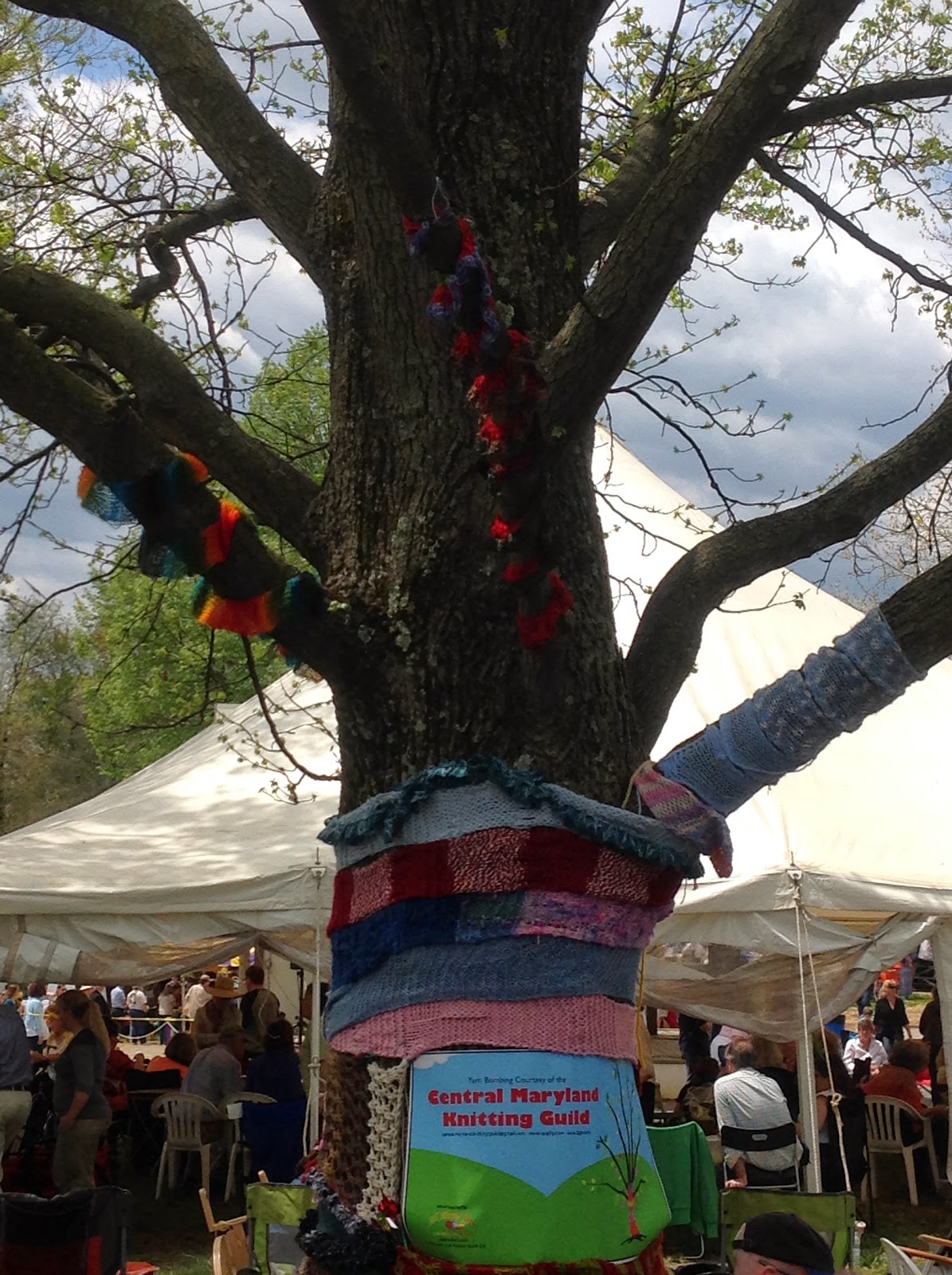 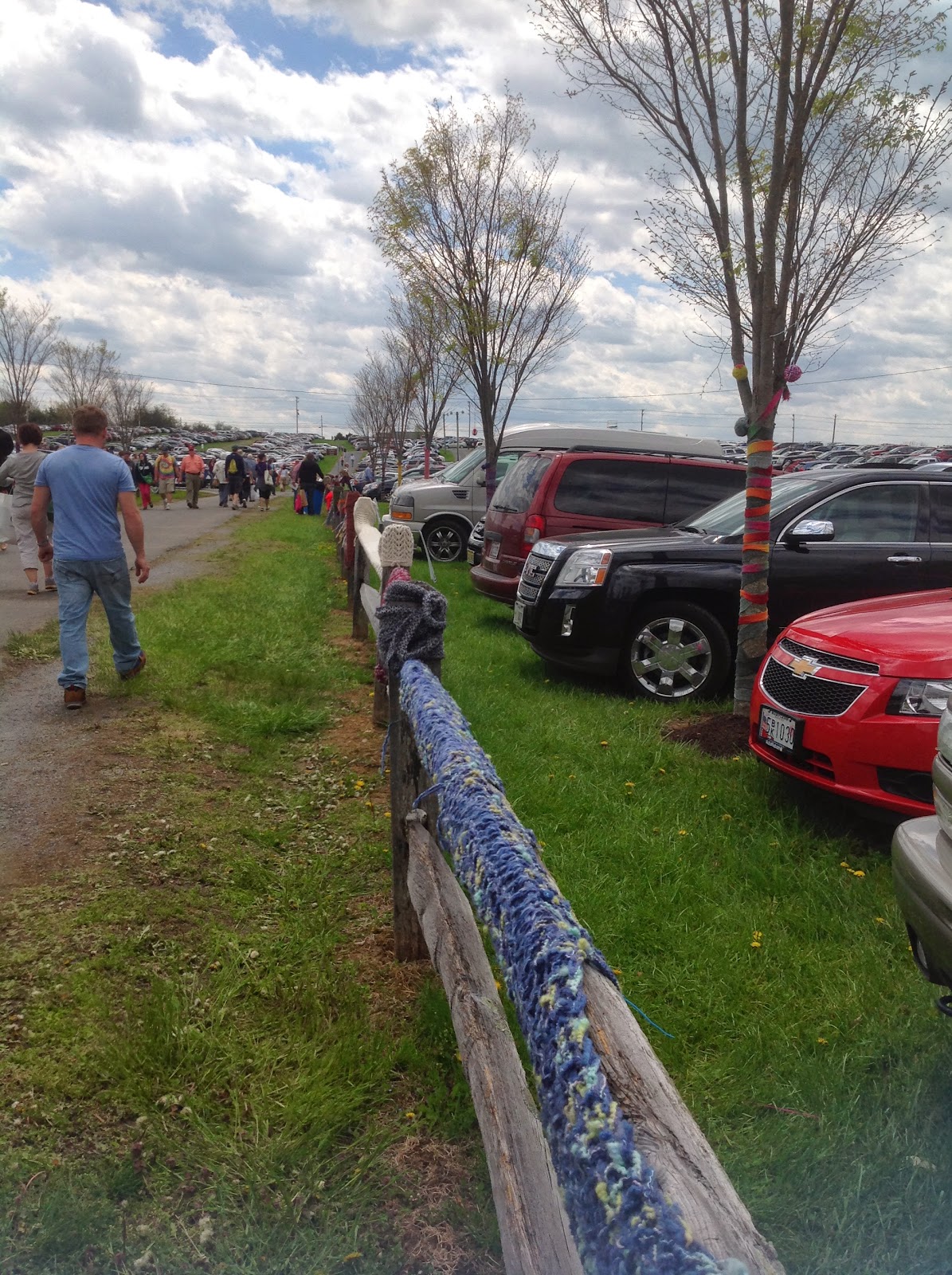 The trip back was.....interesting. I went with Autumn Breeze, as she had some fleeces to get cleaned, her shears sharpened, and some other things for her business. Her Garmin decided to wipe itself blank and then claim it didn't have the memory for US map, not even a partial one (odd geographical division, couldn't just get Southeast). Although it could manage Canada.

Anyway, we were using Siri. We were avoiding DC, and a 6 hour trip took 10 hours. At about 7 pm, we realized we weren't going to be home in time for supper. Autumn Breeze was in the mood for chicken, so we asked for a nearby Popeye's. Hey, there's one only 3 miles away , yay. A little backtracking, and it's supper time. Except. Except, the route took us to an active military base! We explained to the gate guard and, once he checked our IDs he was very understanding. Things have changed, they have restaurants on bases now, like Popeye's. Too bad it was closed.

We had seen a Hardee's on the way, we went looking for it. Siri suddenly didn't like my accent (I was not enquiring about heart disease, no matter what she says). Autumn Breeze asked and Siri said she wasn't available right now. Luckily that was just as we spotted the restaurant. We were only a few hundred feet away.

After eating, we got back on the road. Siri slept, waking only to give us directions. Except, except I noticed we were in Mebane, way past the turn off to my house. Siri hates me. I am convinced of this.