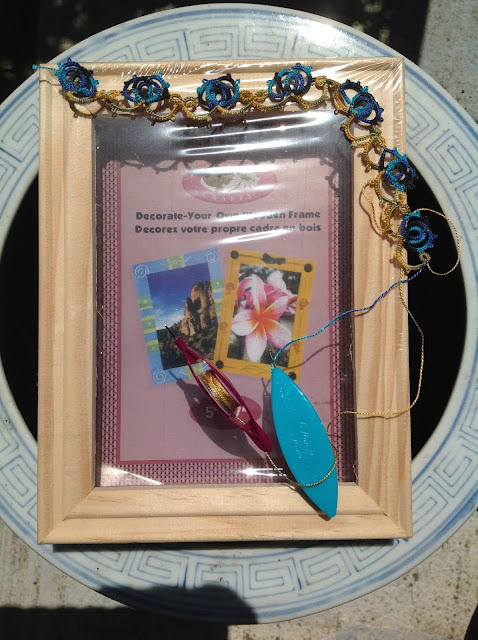 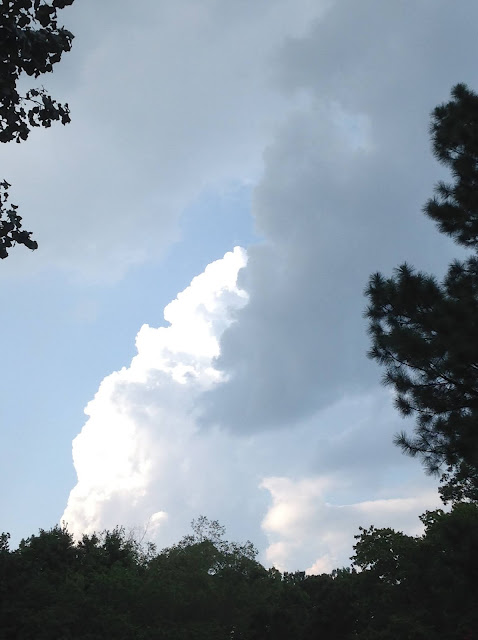 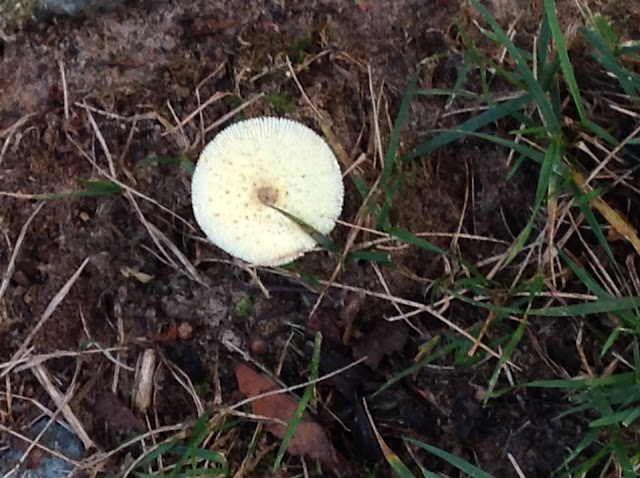 Dad sent me a few things in the mail. Two of them are brass etuis; he said they're from Cone Mills. One says 'textile needles' and other (mostly) reads 'Torrington needles.' Aren't they neat?! One side is lightly indented to make pulling the ends apart possible. The picture is below because despite my attempts, I could not load it into place or move it once it was uploaded. Seriously, I meant to post this on Friday but the picture just would not cooperate.

He also sent his keychain. Layers of wood and he thought it was interesting (he's right). Also a Marine Corps sticker. I put it on my iPad case, opposite my LGBTQ sticker.

And the coronavirus doily has like 10 rounds. Uh oh. At 4 rounds, it's about 9" or so. I had to use a box to block because my blocking pad isn't big enough. Round 5 is in progress.

Oh, the plexiglass was installed Monday, It's a quick process (they had already measured and cut it). They put these clips on the metal strips that hold the ceiling tiles. Then, metal chains ending in S hooks connect the clips and the plexiglass, which just hangs there. There's a small gap over the counter, so I can still handle lost and found without circling my counter, which would defeat the purpose of the plexiglass.
On Wednesday, I lost my phone. I was slipping it into my pocket as the bus came and I guess I missed. I checked the stop after work and there was no sign of it. I've called it but no one has answered. I called the bus company lost and found, but they haven't seen it. My contact information scrolls across the lock screen, so in theory whoever found it can contact me. It's not that it's an expensive phone, but I just got it. And I spent a lot of time typing in my contact list again.
I finally mailed these mitts to Richard's daughter. She's young enough and small enough they should fit. They are too small and tight for me or for Alisa. If they haven't arrived already, they should arrive soon.

Posted by Sewicked at 6:37 PM No comments:

I went back to work on Monday. I took transit (bus). I was a little worried because they're only accepting 10 riders at a time. So far, the most people on 1 ride have been 5, including the driver.

I'm adjusting to wearing a mask most of the day and I now have a spare mask in a desk drawer, just in case. 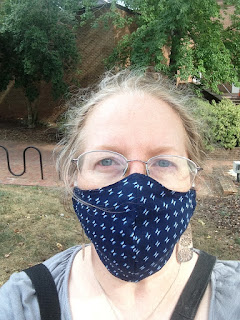 I finished Tonya's fingerless mitts and almost finished Alisa's. It's a very quick pattern in bulky yarn. They're not fancy but warm and cute. 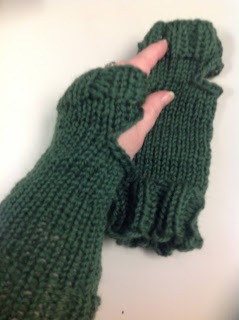 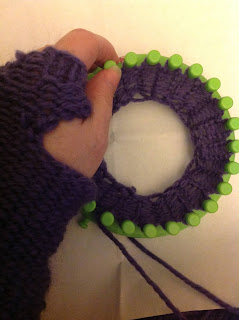 This discussion about knitting kind of baffles me. I can see about being a little unsure about yarn substitutions, especially when just starting out and reluctant to spend lots of money on supplies. I've had some bloopers when trying out yarns different than called for (see my dice bag nee sock), but I've also had some great success (see my sorbet shawl). 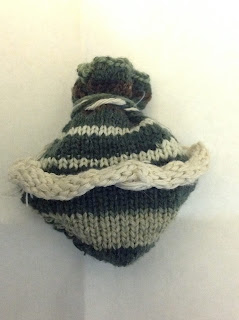 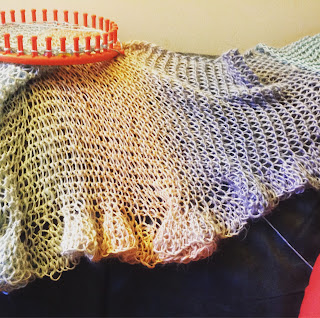 I got four letters (replies) in the mail this week. I've written responses to 2 of them and put 1 in the mail. I used some old note cards I found in the thrift shop. They're one-piece cardstock that fold over and closed with a matching seal/sticker. 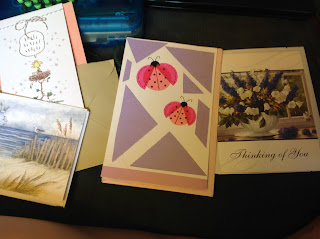 I downloaded an app for my phone (I have a phone that can handle apps! Wow!) called Seek. It identifies plants, animals, and insects. You take a picture and it tries to get to species. Some plants have stalled at dicots. But I did spot an eastern cottontail and a muscadine vine. It's a little slow to process (no instant gratification, sadly) but I've been looking for something like this for years. Literally.

The Goulet pen I ordered is nice but I need to use it more to really get a feel for it. 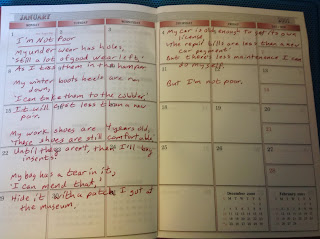 But I did write a poem. I originally wrote the poem back in December but I like how I wrote this out in ink. The title is "I'm Not Poor" & I wrote it out on blank pages from a pocket calendar.

Students come back starting tomorrow. Hopefully, this week the plexiglass for over my counter will be installed. It's a measure of safety for me, as a barrier between me and visitors.

I pinned out the coronavirus doily and I think I'm ready to start round 5. I just need to load my shuttles. I think I'll use Elderberry Jam for the next round.

And in case it's not clear, BLACK LIVES MATTER
Support LGTBQ+
Close ICE
Defund police (leave them with the crime fighting, not social services, etc).
Posted by Sewicked at 11:43 AM No comments: