Happy Passover or Easter or if you don't celebrate either, happy weekend

I worked on a couple more ice drops in the size 10 thread. 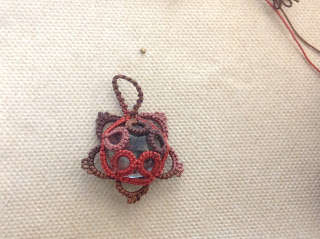 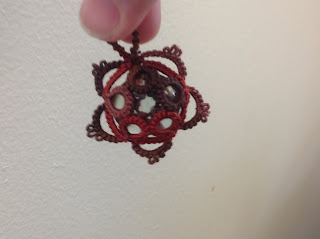 I also started coughing. I thought it was pollen or nearby brushfires. No, I have a cold. It started hitting Friday afternoon (while I was doing mom's taxes) and then really hit hard over the weekend. I did get mom's taxes done, not without some stress and headaches, but done.

I even got the paperwork in the mail today. I went into work long enough yesterday and today to get some time sensitive work done. Then home and rest. Although the coughing keeps interfering.
Posted by Sewicked at 9:39 PM No comments:

Another week, another tatting demo

I just wish I'd gotten more pictures. On Saturday, the Triangle Tatters, aka Tri-Tatters, were invited to demo at an independent living facility. They fed lunch to four of us (the ones who RSVP'd) and it was delicious.

After, we sat at tables in their activity room and showed off tatting and examples of tatting and ooh'ed and ahh'd over the tatted collar and pillowcase edging one of the residents brought. I took pictures of that, you betcha. 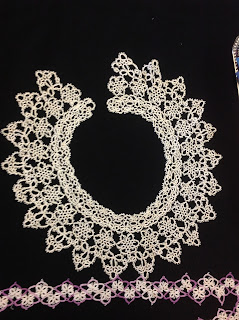 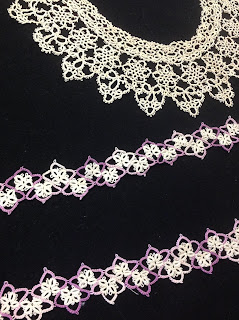 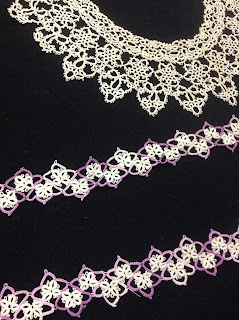 I started a ring in thread to match my turtle earrings, etc but I didn't load enough thread and ran out 3/4 the way through. Rather than load more thread, I gave up on the ring, temporarily. Instead, I emptied my shuttle by making a couple hearts. I gave one to the lady who showed her tatting to us and the other to the woman who sat next to me, patiently listening to me tell her about tatting.

I also started another ice drop. However, it turned out I'd picked up a ball of size 10 to work with. I had to adjust it a bit and I didn't load enough thread onto the shuttle. On the other hand, it only lacks a final chain and a hanging loop. It still looks good. 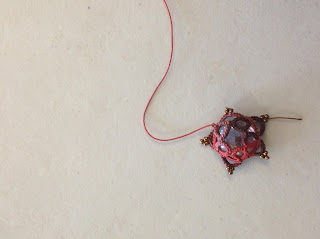 Thursday's game was cancelled; the GM had deadlines at work. And Friday, I took a few hours off to get my mom's taxes done.

Alas, it turned out she donated so much she topped their 'non-cash donations' limit on what they feel confident about handling. It was very disappointing, mostly because I'd spent so much time getting the materials together. But they don't charge for the service, so I shan't look a gift horse in the mouth (I'm not Greek or Trojan, so I feel safe about that).

The NC Natural and Cultural Resources is doing a project about NC and WWI, since it's the centennial of WWI. On Tuesday, there was this little tidbit about Cherokee 'codetalkers' at the Somme Offensive.

May Change to Posting on Wednesday

Anyone care? I didn't think so.

On Thursday, they were doing the reading of the Holocaust names in The Pit. I can never listen for long, unless I feel like having a painful cry. 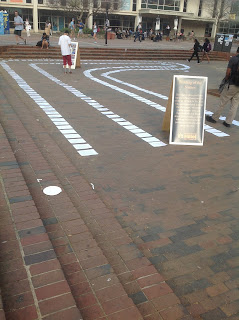 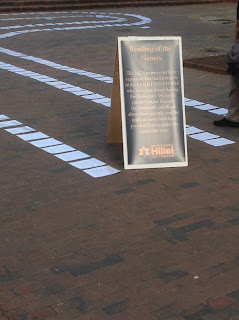 I finished the bracelet for the door prize for North Carolina Regional Lace Day. But I forgot to take a picture. Shame, it's pretty. And they had so many door prizes, not all of them were handed out and they're saving them for next year. Both the ones I provided (bracelet and a crocheted bag by my mom) will be seen next year. I guess.

I showed up early so I could add the hearts I made to the goodie bags. Instead, I put them out on the table so people could pick up their own. I took Carolyn Kotlas's bling your shuttle class. We put decoupaged origami paper on plastic shuttles. These are the two I did. 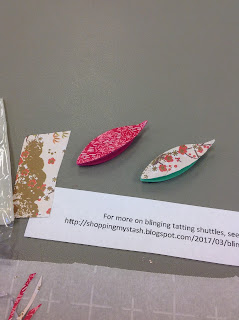 I also made a few purchases. I bought some thread (of course), a couple of lovely shuttles, and a few books. 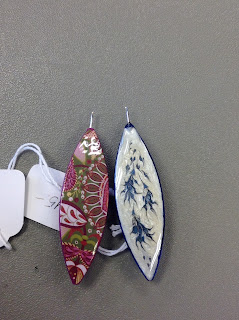 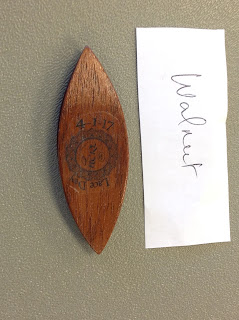 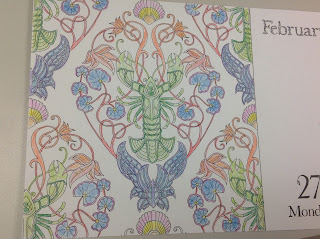 I'm getting someone else to do my taxes this year. One less stress for me. I'm getting the same people to do my mom's. Although I had to gather all of her documents, first. Including her driver license, which was in Greensboro. That was a trip. Literally.

I had a lovely evening with CC. I was up too late afterward, though.

Oh, and my alma mater won a sportsball thing. Ya know, if anyone's interested. Yes, I will get a polo shirt if I can find a nice looking one.
Posted by Sewicked at 9:08 PM 3 comments: